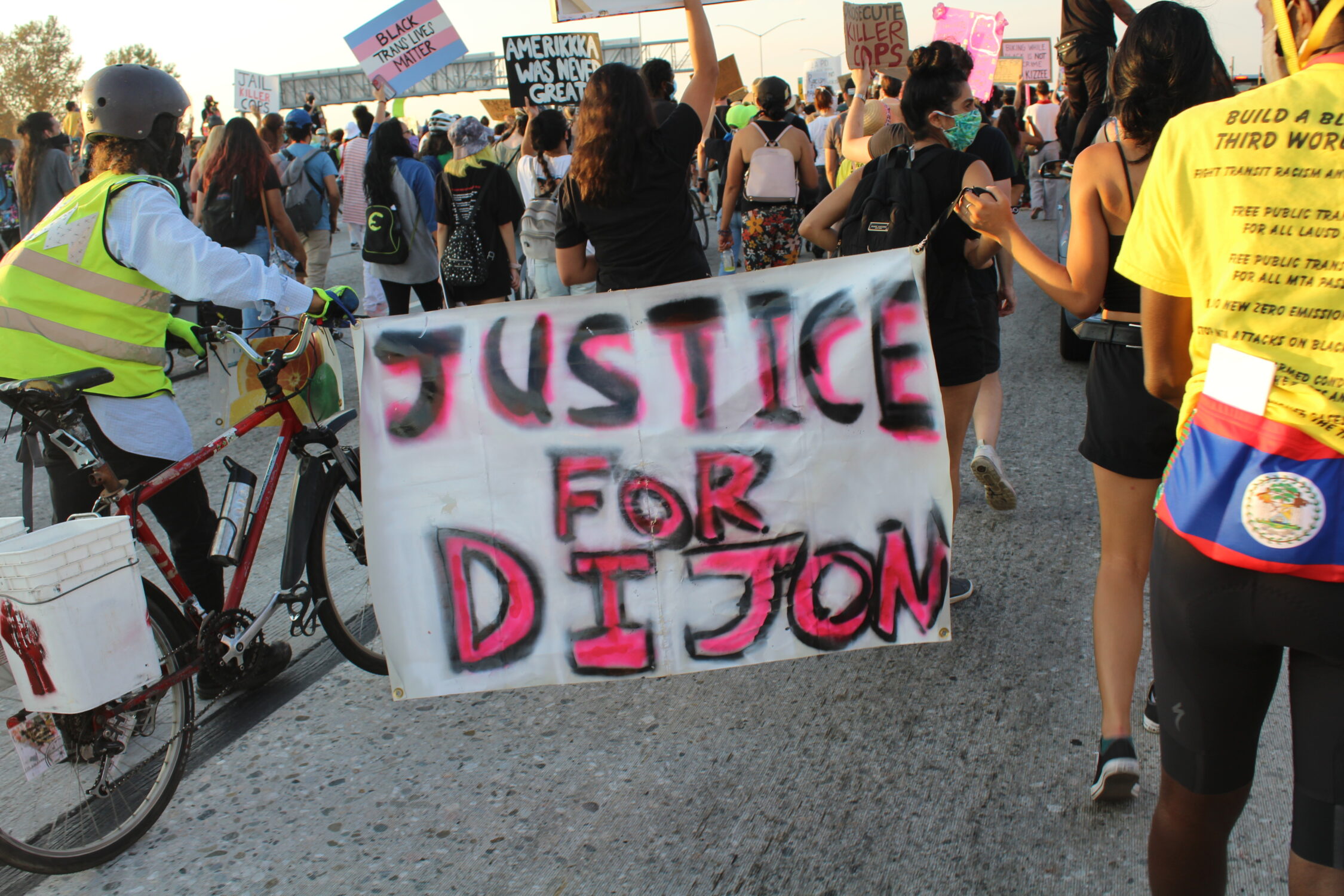 Shortly after 3 p.m., Dijon was brutally fired upon on the 1200 block of West 109th Place. A burst of blazing gunshots was discharged by deputies.

Video footage shows him running away from the officers before he was struck down. Eyewitnesses report that there was no attempt at de-escalation by the officers and that Dijon had his hands up in a non-threatening posture before he ran away from them, terrified for his life.

He was reportedly shot 15 times in the back.

Before nightfall, our community was saying his name, demanding justice and declaring that his Black life mattered — adding another hashtag to an ever-growing list of lives stolen by law enforcement.

He knew that what happened to so many others — Trayvon Martin, Ahmaud Arbery, Tony McDade, Atatiana Jefferson, Breonna Taylor and countless others — could happen to him and his big brother. It’s why he became a youth justice leader here at SJLI and began organizing in our community. 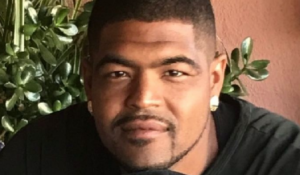 Loved ones of Dijon remember him as a family-oriented man, a loving son who took great care of his mother until her untimely death in 2011 due to health complications. His grandmother, Etta Clark, remembers that he was a kind, loving and respectful person who often checked in on her.

Since the death of his mother, Dijon struggled emotionally with navigating life without her, but he strove for self-improvement nonetheless.

Even though he had his own car, which he would often generously lend to family and friends, Dijon was a fervent enthusiast of bike riding. He loved it. He often engaged in this climate-friendly activity despite the hazardous conditions of South Central’s streets and sidewalks.

In the area where Dijon was apprehended, Black cyclists have to be vigilantly wary of the dual hazards of both the underdeveloped biking infrastructure and the unjust realities of “Biking while Black.”

While LA County Sheriffs and the LAPD have not released statistics on bicycle stops, available data from Oakland, New Orleans, Washington D.C., Chicago and Tampa all reveal that Black cyclists across the nation are stopped, harassed and searched by law enforcement at disproportionately high rates compared to White cyclists.

With an ensuing federal investigation on the reports of abuse and misconduct enacted by deputy gangs and secret societies within the LA County Sheriff’s Department, we know that anti-Black racism permeates in policing both as an institutional practice and through the clandestine operations of these deputy gangs.

For decades, LA deputies have harmed and terrorized our communities, committed numerous civil rights violations, and they have stolen hundreds of lives away from their families. For many families in our communities, the LA County Sheriff’s Department needs to be held accountable and answer for the shooting of Black people.

Given these disturbing trends in policing, SJLI rejects the pretextual context upon which deputies claimed to stop Dijon in an attempt to justify their trivial harassment, pursuit and killing of another Black man. We call upon the Attorney General of California, Xavier Becerra to prosecute these deputies and to bring accountability to the LA County Sheriff’s Department.

While we grieve with Dijon’s brother Sean, we’re also fighting alongside him by reinforcing our stance against police violence and demanding that the officers involved in the shooting be held accountable.

We will continue to bring together leaders and allies to elevate Sean’s voice and by pooling together our resources in support of his family.

We ask that you stand in solidarity with us and commit funds to help Sean’s family cover the funeral, burial and memorial services for Dijon.