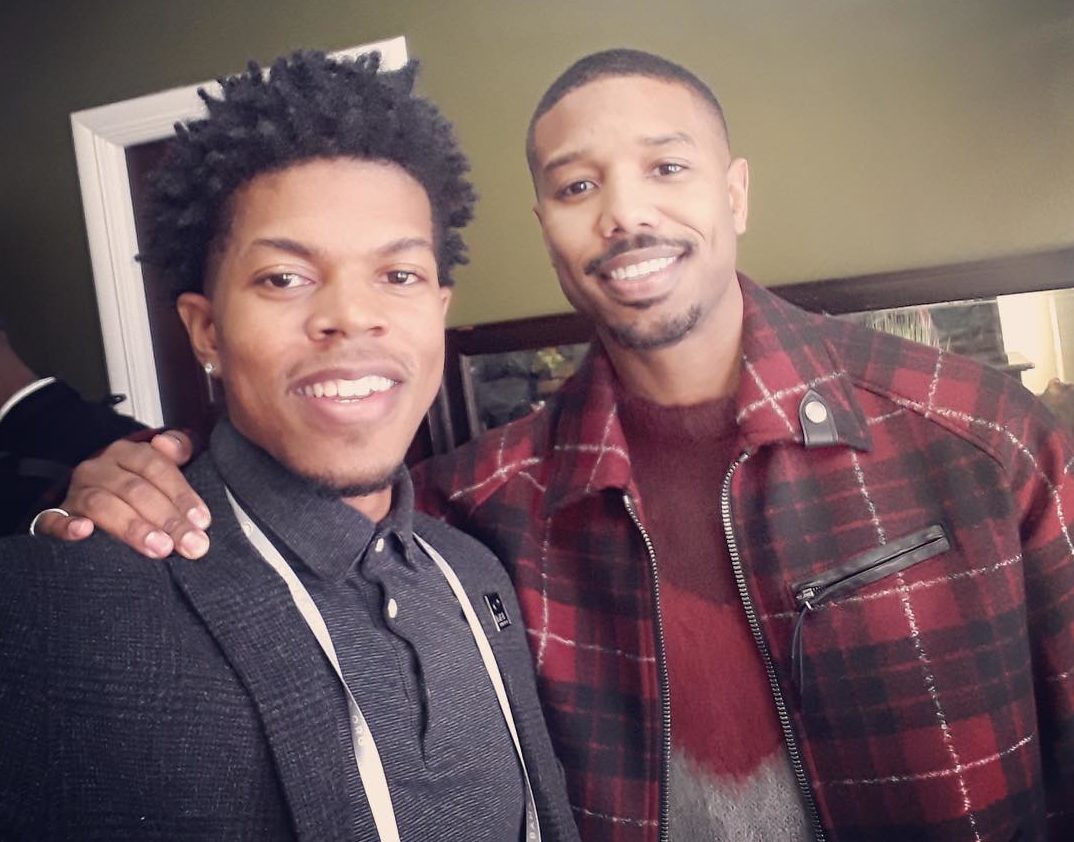 President Obama formed the My Brother’s Keeper (MBK) Alliance five years ago to address opportunity gaps and the need for support of young men of color. What started out as an initiative during his presidency has blossomed into a network of cities and community organizations around the country who are supporting youth of color to achieve academic and career success.

From February 18-20, 2019, the MBK Alliance brought together hundreds of young people, community leaders and celebrity activists for a weekend of service and dialogue at the MBK Rising! convening. On Monday, participants traveled to Oakland and San Francisco for a day of service  painting and providing garden maintenance at local schools. 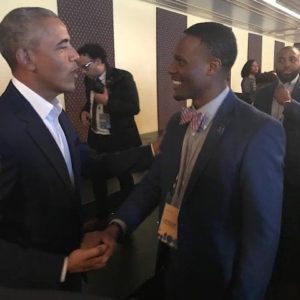 The three-day convening was filled with moving conversations and performances. John Legend performed Marvin Gaye’s “What’s Going On” and moderated a discussion with Mothers of the Movement – Sybrina Fulton, Rep. Lucy McBath, and Wanda Johnson – whose sons, Trayvon Martin, Jordan Davis, and Oscar Grant, were victims of gun violence.

Obama and NBA player Stephen Curry ended Tuesday evening with conversations about the importance of mentorship and positive role models. They took questions from an audience of youth and discussed their musical influences, masculinity, and the development of confidence.

“How I carry myself – how I speak, what I am educated on, my willingness to try to meet people where they are – can make a huge difference, whether it is five seconds, 10 minutes, multiple run-ins. We all have the platform and the responsibility to shape somebody’s perspective… That one moment can be a difference-maker for a lifetime,” Curry shared.

The Social Justice Learning Institute was invited to attend the event as a grant recipient of My Brother’s Keeper Community Challenge. Three of SJLI’s Urban Scholars alumni – Shawn Hill, LeQuan Muhammad, and Marcus Pickens – attended the summit and were able to meet President Obama. LeQuan was also invited to participate in a panel where students discussed their reflections from the event. Our students were inspired by the opportunity to connect with students who had similar life goals. One of Obama’s themes for MBK Rising! was “Connect Learn Share”, and this was possible at nearly every corner of the event. 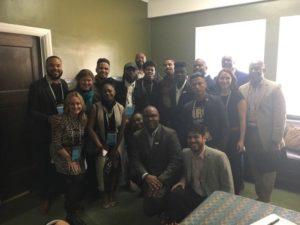 Partners from Unlock Justice – an initiative funded through the MBK Community Challenge grant.

Marcus Pickens shares his experience, “On the bus back from dinner, we connected with youth from all over the country. Four of us started talking about how the youth always drive change in society and how you can see it historically. It’s always the youth. By the end of the ride, the whole bus of young men were involved in the conversation. We came to the conclusion that it is our responsibility to create the change that we want to see in the world because we understand the conditions.”

Marcus also got to share his entrepreneurial efforts with businessman Mike Muse, actor Michael B. Jordan and President Barack Obama. Marcus spread the word of his mobile haircutting business QuestCutz, handing his business card to Obama and speaking with Jordan and Muse personally. Marcus expressed his gratitude and excitement from the event, “I am extremely honored to have been chosen by the Obama Foundation to attend MBK Rising! with a phenomenal group of young men around the nation that do similar work around positive change in communities of color. I am truly motivated, inspired, and dedicated to continue this work to make our communities better.”

SJLI on the red carpet before entering the Scottish Rite Temple.