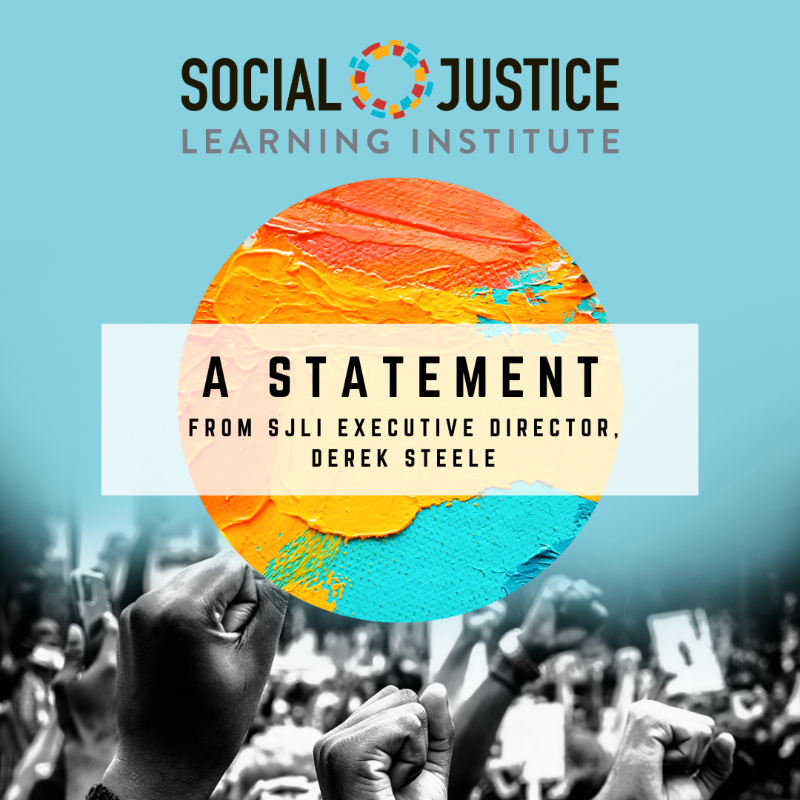 Here is a transcript of Mr. Steele’s remarks:

It has been a whirlwind couple of days here in Los Angeles County.

I’ve had the privilege of working with many of my peers and our goal has been making sure that the voices are heard on this issue, and I wanted to make sure I shared mine on behalf of my team here at the Social Justice Learning Institute.

Let me start by saying this:

Racism, particularly anti-Black racism, has no place anywhere in Los Angeles County, the state of California, the United States of America, or even the world. This is why it was so infuriating, appalling, and disheartening to hear racist and derogatory remarks from elected officials—people that we, as voters, selected and chose to represent our interests.

A sacred trust was broken.

Listening to the entire audio, the casualness of their conversation about manipulating the redistricting process for political gain showed that the disenfranchisement of Black and Indigenous Angelenos was just business as usual.

You also got to hear first-hand the pervasiveness of the system of white supremacy and how its application is still fundamentally anti-Black, even if the wielders of its power are people of color like Nury Martinez, Gil Cedillo, Kevin De Leon, and Ron Herrera.

This type of energy is not new.

Black people are consistently displaced and disregarded. Black Angelenos make up more than 40 percent of the unhoused population and continue to deal with mass incarceration and police brutality.

There is hope though.

Today, as I contemplate all the things that have transpired in the last 48 hours, I think about my team, our youth, our families, and our communities.

It is an honor to work in concert and solidarity with leaders of color here at the Social Justice Learning Institute, the majority of whom are Black and Brown.

We have the privilege to engage with youth and community members in several L.A. County communities, empowering them to use their own individual agency to work on behalf of their fellow neighbors and residents—people they know, but most they may not.

We all have a role to play in making sure our communities are thriving places to live.

We are one of many organizations committed to this type of work with full heart and soul. We do not shy away from it because we understand that lives are in the balance of the change we work to create every day.

Many of us have been doing this work for years. Our elected representatives are supposed to be our allies. They have the responsibility of codifying the change we want to see while we take care of business every day in our communities and stand in the gaps that exist.

This work is not easy. It’s actually really hard to do. It’s made even harder when there are forces out there driven to divide and conquer, rather than unite and prosper.

If we are really about the business of creating a Los Angeles County that has racial equity leading the way—that has equity as the bridge that leads people to living whole, free, healthy, and liberated lives—then this type of egregious behavior, especially from leaders who sit in high spaces of influence and power, CANNOT BE TOLERATED.

So here is what needs to happen to begin to rectify the harm done:

1. We call for the immediate resignation—without question—of all parties, not just Ron Herrera. There is no way we can go back to a world where people who are anti-Black, anti-LGBTQIA+, and anti-solidarity still hold power. Not with what we know now. An example needs to be set to show we are serious about this care-first, equity-focused, people-centered agenda.

2. We call for a thorough investigation. This recording that we listened to happened a year ago. I was there when the redistricting process was taking place, like many of you were. Since then, there have been decisions made, redistricting has been completed and people have been impacted, people have been appointed, and issues have gone ignored. We need an investigation to know how pervasive these anti-Black racist ideas and sentiments are so we can correct the course.

3. We need to come together around a solidarity agenda. The elimination of anti-Black racism should be at the core of the agenda’s efforts in order to achieve racial equity. The Black Experience Action Team has already begun this work, and we need to take their lead. There is harm that needs to be repaired, making it crucial for the agenda to be care-first and most importantly, people-centered. This agenda also needs to be adopted in a way that impacts the political landscape, so things like this never happen again.

We are here, alongside so many others, with our Black and Brown brothers and sisters during this time as we fight against the systems that try to tear us apart.

We stand ready to do our part to change those systems in ways that create thriving communities that we all can live in, together.

It's Time To #BeTheChange!

Donate to our End-of-Year Fundraiser to help support the education, health, and well-being of youth and communities of color.